Glaucoma Patient: Be Careful With These 4 Yoga Positions

Even today, glaucoma patients are advised to avoid some certain physical activities such as pull-ups or weightlifting, because it may lead to a significant rise of intraocular pressure. The headstand positions are also considered to be dangerous. However, the influence of yoga positions has been not known, up until now.. Nowadays, yoga is a chosen lifestyle for many individuals. Based on the Indian philosophy, the physical exercises and breathing techniques are considered to help reducing stress and strengthening health. However, individuals with elevated intraocular pressure (IOP) should be very careful with the yoga poses they practice. In 2015 Dr. Robert Rich (New York Eye and Ear Infirmary of Mount Sinai) proved in a study published in PLOS ONE (2015; doi: 10.1371/journal.pone.0144505) that when doing four common yoga poses, the intraocular pressure can increase.

Be Careful With the Position “Downward Dog” and “Plow”

In this study, the intraocular pressure was measured several times (before, during and after doing yoga), four certain yoga positions were performed by ten healthy participants and ten patients with open-angle glaucoma. The IOP value before doing exercises was the same in both groups (any elevated IOP is one of the risk factors for glaucoma).

By doing the Adho Mukha Svanasana yoga position, commonly known as a downward facing dog (Figure 1), IOP increased from 17 mmHg to 28 mmHg among glaucoma patients, and from 17 to 29 mmHg among healthy participants.

The second highest increase was cause by Uttanasana position, standing forward bend (Figure 2). The IOP from the glaucoma group increased from 17 to 27 mmHg, and from 18 to 26 mmHg among healthy participants.

After the study, the temporarily elevated IOP dropped back to baseline values in both groups. However, the potential danger for the glaucoma patients cannot be excluded. Therefore, yoga practitioners with glaucoma or optic nerve damages of different causes should take care when choosing their yoga exercises.

Icons made by Roundicons from www.flaticon.com is licensed by CC 3.0 BY

Picture from Jenny Almlöf on Pixabay 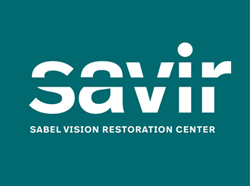