Find Answers to Your Questions

You have surely some questions about us and the treatment. We have listed the most frequently asked questions below. Of course, You are also welcome to contact us by telephone. Since we admit new patients every Monday, please call us Tuesday to Thursday between 9 AM and 4 PM (CET). Or you can always send us an email. We will get back to you as soon as possible. 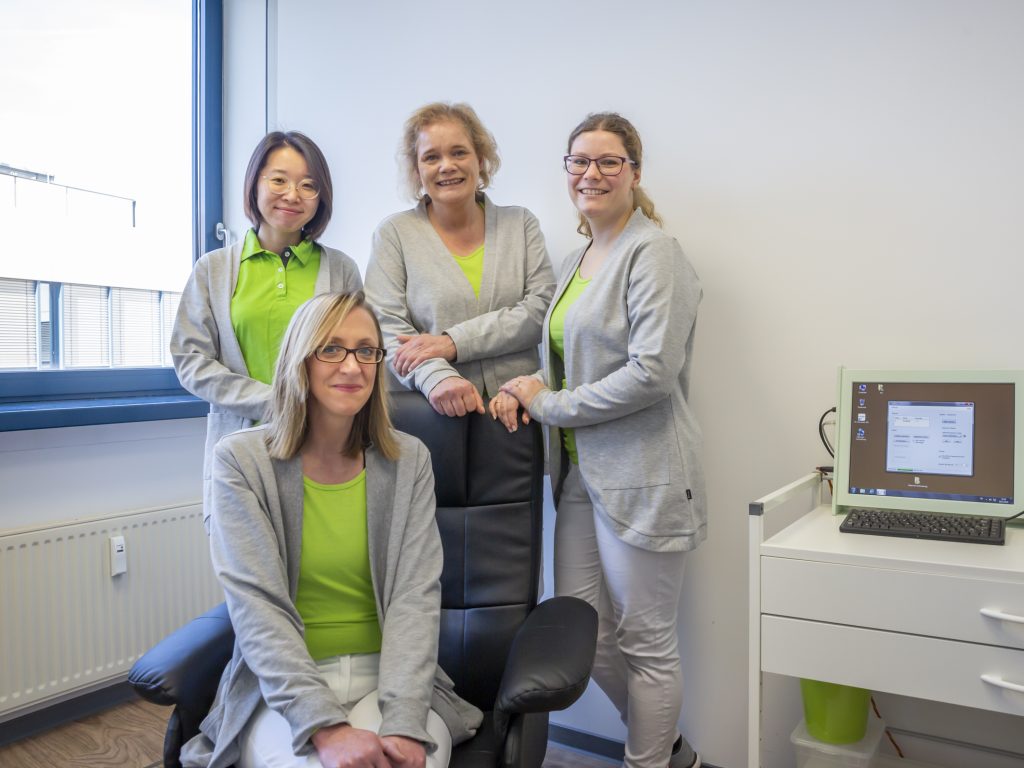 What Is Alternating Current Therapy?

Alternating current stimulation is a non-invasive (externally applied) method to stimulate brain functions. This method can be used in patients that are suffering from brain lesions due to stroke and brain trauma, or have optic nerve or retina diseases, such as optic nerve damage, glaucoma, macular degeneration, diabetic neuropathy, and amblyopia. The current pulses delivered to the brain by stimulation can improve brain synchronization. This means the brain nerve cells work better together again, and the blood circulation is also optimized. The brain works like an amplifier that analyses and interprets the residual visual signals. As a result, the improved synchronization can lead to a better amplification of the so-called “residual vision”.

How Does the Electronic Stimulation Work?

The different areas of the brain communicate with each other by sending tiny electrical impulses (so-called “action potentials”). When two brain areas communicate with each other frequently, their connection gets stronger. If, on the other hand, this is rarely the case, the connection becomes weaker. In the long run, the connection might get lost. This principle of “use it or lose it” applies to any type of impairment, regardless of where it occurs: in the retina, in the optic nerve, or deep inside the brain.

Just like muscle training increases muscle strength, the connection between the eye and brain areas that process vision (such as the visual cortex) can also be strengthened through frequent use. Whereas vision training uses small light stimuli to activate tiny regions of the retina, alternating current stimulation uses a stimulation device to emit electrical impulses and conduct them through various electrodes located near the eyes. These electrical impulses make nerve fibers and neuronal networks fire more often, and as a result, increases the connectivity of the “data highway” between the eye and brain. Especially when all cells fire at the same time in a synchronized manner( triggered by our alternating current), the connection is permanently strengthened. As a result, those brain areas that were less sensitive to the incoming electrical stimuli due to partial blindness, react more strongly after electrostimulation. These brain areas start to respond more easily to the natural electrical signals received by the retina in our eyes.

In the case of partially blind patients, the brain cannot properly process visual information, or it receives too little visual information from the eye. This leads to so-called “visual field defects”. During treatment, the sensitivity of these partially damaged areas can be increased and the remaining brain cells become active again. This expends the visual field and shortens reaction times.

Vision is not possible without input from the eyes. However, it is the activity of brain cortical networks, which analyses information received by the retina, and enables our visual function. Our alternating current therapy targets precisely these brain networks and alters the connections between different brain areas. It is these changes that lead to the improvement of your vision.

Which Diseases Can the Savir-Center Treat?

The Savir Center offers treatment for patients with visual dysfunctions caused by damage of the central nervous system, that is, retina, optic nerve and brain. Treatable diseases are:

We do not offer LASIK

For a long time, it was thought that vision loss after damage to the retina, optic nerve, or brain, such as stroke, glaucoma, is irreversible. It was therefore assumed that the ability to do daily activities such as reading and driving as well as spatial orientation could not be improved.

However, several new studies suggest that the treatment of affected patients with non-invasive, repeated, transorbital electrostimulation with weak microcurrent … for 10 days (30-45 minutes daily) significantly reduces visual impairment and significantly improves the visual quality of life. According to the studies by Prof. Dr. Bernhard Sabel and his team, treatment with microcurrent resulted in an average restoration of the lost visual field up to 60%. Compared to the control group of patients who did not receive the treatment, those treated showed a significant improvement in the visual field. Patients also reported that their “general vision” has been improved.

What Results Can I Expect From the Treatment?

Clinical studies allow us to estimate the degree of improvement after 10 days of ACS treatment:

Does the Treatment Have Side Effects?

There are no severe, adverse, side effects. Rare side effects that occurred after or during the treatment may be:

What If My Doctor Is Skeptical About the Therapy?

When asking your doctor about vision restoration, it is likely that he or she may not have heard about it. Non-invasive altering current stimulation is a very new method which is developed and researched by the Savir team for over 10 years.

Clinical studies that proved the efficiency of the treatment were only published in the last few years, so it is not surprising that the method is not well known to every doctor.

This is what our patient Joe Lovett heard from his eye doctor when inquiring about vision restoration: “you are wasting your time and money. Forget it!” But Joe decided to go anyway because he felt that as an educated risk-taker he would give it a try. Now, after seeing his visual improvements, his doctor has sent more patients to us.

How Much Does the Treatment Cost? and How Often Do I Need to Come?

The Savir therapy takes two weeks. Patients visit the Savir center every day (except Saturday and Sunday) for treatment and sometimes for exercises. You will have enough time to experience Magdeburg. Monday on the first week, Wednesday, and Thursday of the second week, diagnostic tests and interviews will be conducted. On these days, you will stay in the clinic for 3 to 5 hours.

Take the following points into account, when considering the Savir therapy:

Unfortunately, we cannot guarantee, that the vision improves in every patient. The probability is high, but there is no guarantee (which is the case for most medical procedures).

Do you have a question, that was left unanswered? We would like to help you personally. Please contact us without obligation. We will answer quickly, guaranteed without long waiting times.

Get More Information About Savir Vision Restoration
PrevLast PostYou Would Like to Come to Us for Treatment?
Next PostWe Take Care of Your EyesightNext