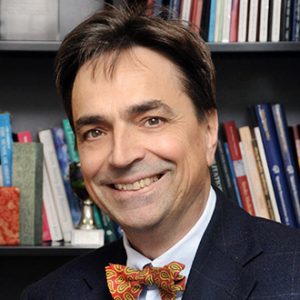 Benjamin – an Example of the Effect of the Savir Therapy

We want to introduce you to the effect of the Savir therapy with a case report. Benjamin P., age 27, suffered from severe injuries following a violent assault, which heavily impaired his vision on both eyes: He was unable to see anything with his left eye and could only see very little with his right eye. Through neurological rehabilitation the vision on his right eye improved spontaneously. The left eye remained almost completely blind.

About one year after the tragic incident Benjamin visited the Savir-Center in Magdeburg. His optimism and acceptance for the vision loss were remarkable. His wish was to regain just the tiniest amount of vision. He would have been happy with that. In the Savir-Center he was treated with alternating current stimulation daily for two weeks, he got psychological consultation, learned to do eye yoga and relaxation techniques and used his free time to do the things he loves to do.

By the end of the therapy his vision improved from 10 to 15 percent. Subjectively he realized that he was able to read illuminated billboards and that everything seemed to be “brighter”. He felt like something changing in the brain. We informed him, that the effects of the alternating current may continue to be beneficial in the following weeks, and that eye yoga, visual training and relaxation can further help rehabilitation, when practiced regularly.

Benjamin practiced frequently and returns for a follow-up examination after 4 months. The changes were incredible, his results were remarkable: His visual field improved from 10 percent in the beginning to 74 percent! He writes:

“… it’s incredible. I can see a lot more, even small things. There are tears in my eyes from sheer happiness. It’s just incredible. And with the treatment seeing with my left eye became much easier. I do eye yoga every day now and I’m much happier. Now I know I didn’t lose an eye but rather regained a healthy one. Thank you very much for everything.”

Benjamin is an exaptational case. Only few patients recover as dramatically through our therapy. Nonetheless cases like Benjamin’s and of many other patients, who’s vision we were able to improve and who’s personal life they now can navigate more independently, motivate us to conduct further research and to constantly improve our holistic concept. The traditional mantra “blind means blind” can be dismissed, because there really is more light at the end of the tunnel.